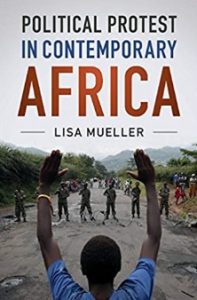 From spray-painted slogans in Senegal to student uprisings in South Africa, twenty-first century Africa has seen an explosion of protests and social movements. But why? Protests flourish amidst an emerging middle class whose members desire political influence and possess the money, education, and political autonomy to effectively launch movements for democratic renewal. In contrast with pro-democracy protest leaders, rank-and-file protesters live at a subsistence level and are motivated by material concerns over any grievance against a ruling regime. Through extensive field research, Lisa Mueller shows that middle-class political grievances help explain the timing of protests, while lower-class material grievances explain the participation. By adapting a class-based analysis to African cases where class is often assumed to be irrelevant, Lisa Mueller provides a rigorous yet accessible explanation for why sub-Saharan Africa erupted in unrest at a time of apparent economic prosperity.