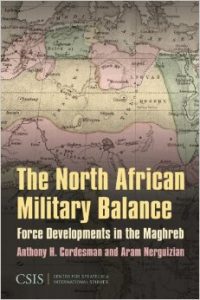 There is no military balance in North Africa in the classic sense of the term. Although rivalries and tensions persist among Algeria, Libya, Morocco, and Tunisia, no state in the Maghreb now actively prepares for war with its neighbors, and the prospects of such conflicts are limited at best. Several countries have had border clashes in the past, and low-level incidents continue on the Algerian-Moroccan border. But none of these clashes has approached the point of serious conflict since these countries achieved independence in the 1950s and 1960s. Although several states in the Maghreb sent symbolic military support to past Arab forces in the Arab-Israeli conflict, these commitments have had no real military significance.

Today, the military balance in North Africa consists largely of efforts to create forces that can maintain internal security, defend national borders, and enhance national prestige. Yet the states of North Africa are also adapting to the threats posed by terrorism, asymmetric warfare, and the proliferation of weapons of mass destruction.

This comprehensive analysis examines the current force structures of Algeria, Libya, Morocco, and Tunisia–their armies, navies, air forces, and paramilitary and security forces. The authors show that many of these forces have grown beyond their nations’ abilities to fund the equipment, manpower, training, logistics, infrastructure, and sustainability needed to make them effective. Finally, the authors assess the future patterns and trends in military development in the region.

previousNorth Africa in Transition: State, Society, and Economic Transformation in the 1990s