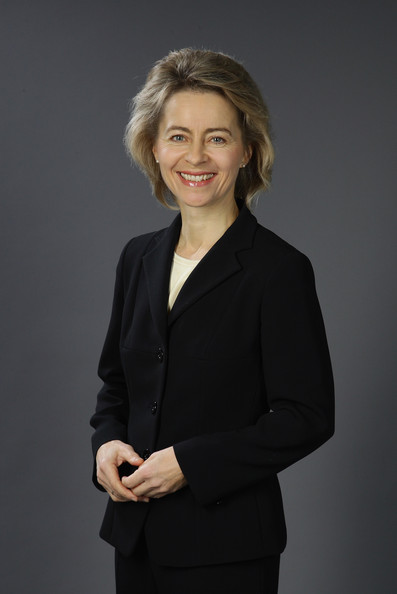 The new President of EU Comission is German and female.

The behind-the-scenes coup by President Emmanuel Macron and Chancellor Angela Merkel to unblock the EU’s seat-sharing negotiations has been masterful: The election of Ursula von der Leyen as the new Commission President is historic.

Ursula Gertrud von der Leyen, “R-Schen” for the Intimates, was born on 8 October 1958 in Brussels. She speaks French and English perfectly. Three times minister with Merkel and candidate for succession until irregularities came to light in the hiring of external advisers in Defence – a matter still investigated by a parliamentary committee – she began his political career only 14 years ago, although politics he was always present and determined his life. She is the daughter of the Christian politician Ernst Albrecht, former president of the federal state of Lower Saxony, a privilege that in the 1970s was not without risks.

After the 1977 assassination of Hanns-Martin Schleyer (a friend of Ursula’s father and a prominent member of CDU) by the terrorist group Red Army Faction, Albrecht sent “R-schen” to London. He wanted to get her to safety.

In the British capital, she studied under a false name, Rose Ladson, and had protection from Scotland Yard. There she began Economics, studies she eventually gave up to do Medicine, with a specialty in Gynecology. In the choir of the Faculty of Medicine in Hanover, she met her husband, the doctor and businessman Heiko von der Leyen, a nobleman with left-wing ideas a former member of the Social Democratic Party (SPD). They married and after the birth of their third child settled in California. In 2007, a couple of years later, with two more children, they returned to Germany and settled at the home of their grandfather, suffering from Alzheimer’s. Then two more children were born, seven in total, hence the nickname “The Mother of Germany”.

A member since 1990 in the German Democratic Union (CDU), Von der Leyen stepped in 2004, aged 46. She was first A Minister of The Family in Lower Saxony, when Christian Wulff presided over the ‘Land’. On 22 November 2005, Merkel, who had just been elected chancellor of Germany, appointed her Minister of Family Affairs, Elders, Women and Youth, a position she held until November 2009. In Merkel’s second Government she assumed the Portfolio of Labour and Social Affairs and in 2013 the Defence portfolio. Her first action in this capacity was to visit German troops in Afghanistan.

Loyal but not docile

A tireless worker, loyal to Chancellor Merkel but never docile, Ursula von der Leyen has demonstrated in politics her determination in defending the values and principles that govern her private life. Conciliatory and progressive on the issue of gender, the president of the European Commission was, against the opinion of Merkel, a staunch promoter of the introduction of quotas for women in companies, to impose paternity leave so that mothers would not be discriminated against at work. Unlike Merkel, she also voted for gay marriage.

Von der Leyen does not enjoy at this time of great popularity in Germany. Since the appointment of Annegret Kramp-Karrembauer to the head of the CDU, the “chancellor in the reserve” has become almost invisible. Focused on The Defense tasks, with 13 military operations on going, an army reform underway that will no longer culminate, Von der Leyen followed a vertigo agenda. Alone, a small woman surrounded by uniformed men, protecting her, as in a youth she refuses to speak of, perhaps to avoid memories as painful as the death of a sister. Discreet and little given to ostentation, neither wealth nor office.

Von der Leyen is a self-confessed Europeanist. She is part of a supra-partisan organisation that wants greater European integration with the goal of reaching European federalism. She also supports the idea of the creation of an European army.

previousForeign ambitions dominate the Libyan scene The situation in Tripoli is still uncertain, developments in the field do not indicate quick resolution of the conflict.

nextRussian eyes Libya as a new ground to promote its influence