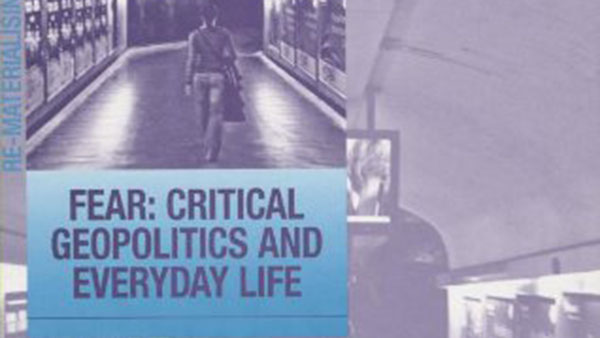 ‘Fear’ has greater currency in western societies than ever before. Through scares ranging from cot death, juvenile crime, internet porn, asylum seekers, dirty bombs and avian flu, we are bombarded with messages about emerging risks. In response, patterns of living and working are increasingly regulated. This book takes stock of the range of issues of ‘fear’ which have come to public and academic attention in recent years, and presents new theoretical arguments and new research findings on fear, covering topics as diverse as the war on terror, the immigration crisis, stranger danger, global disease epidemics and sectarian violence.To date, previous social science engagement with fear has taken two largely separate trajectories: fear in everyday life, and political geographies of fear at global and national levels. This book is the first to put forward a conceptual framework which emphasizes the connections between geopolitics and everyday life. It examines the ways in which fear may be manufactured and manipulated for political purposes and becomes a tool of repression, and charts the association of fear discourses with particular spaces, times and sets of geopolitical relations. But it also highlights the importance and sometimes unpredictability of lived experiences of fear – the many ways in which fear is made sense of, managed, resisted and reshaped, as well as the importance of hope and resistance in everyday life. It relates fear closely to political, economic and social marginalisation at different scales, and explores the more complex social identities and relations of which fear becomes a part