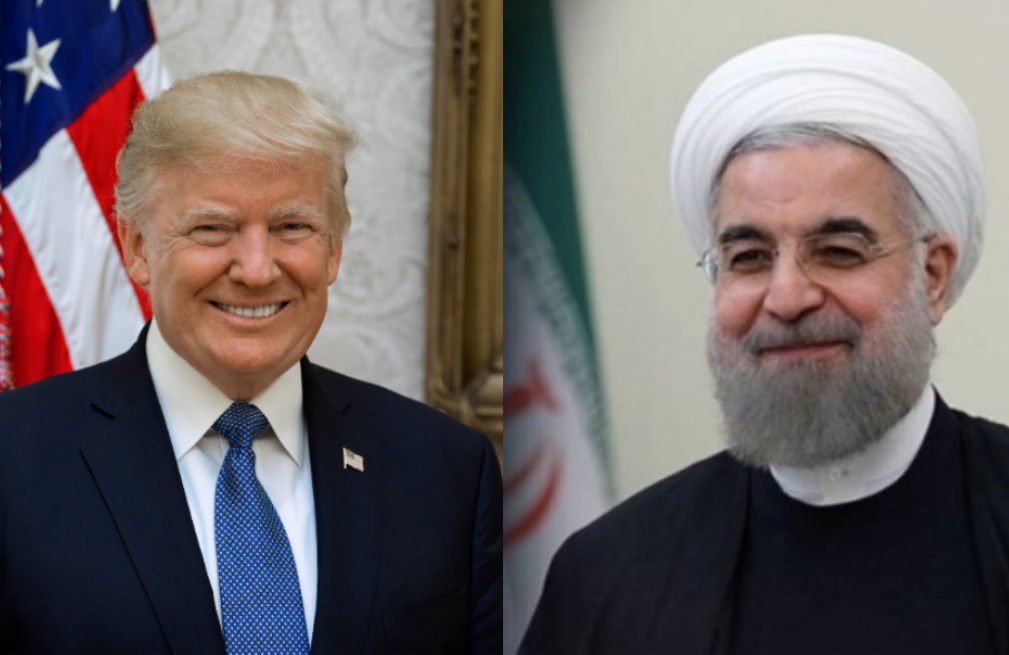 The paramount question at this stage is not what the United States will do in the nuclear domain but how it will act on Irans regional violations of the spirit of the agreement. The 13 October statement describes Irans steady expansion of proxy forces and terrorist networks … in hopes of dominating the greater Middle East … as they try to establish a bridge from Iran to Lebanon and Syria. The administration, according to this document, will address the totality of these threats from and malign activities by the Government of Iran and will seek to bring about a change in the Iranian regimes behavior.

During the Eisenhower and Reagan administrations, rollback of Soviet power from Eastern Europe was a cause célèbre for the right. Containment, as advocated by George Kennan, was condemned as immoral in consigning the populations of Eastern Europe to Russian domination. And, with Munich in mind, it was also deplored as a strategic blunder. Rollback was never embraced as policy, however, because Eastern Europe was more important to the Soviets than it was to the United States. Asymmetry of interest virtually guaranteed escalation and Soviet victory.

The rollback of Irans presence to its territorial borders poses the same difficulty. Proponents of rollback, who include Israeli Prime Minister Benjamin Netanyahu and Saudi Crown Prince Mohammad bin Salman as well as Trump-administration principals, argue that Iran seeks to carve out land corridors to the Levant to embed itself on Israels borders while sustaining a wounded Syrian regime. Land and naval bases would follow. Land corridors naturally evoke interwar geopolitics; this exaggerates the stakes by creating the impression that we are now in a pre-war crisis that will determine the fate of the West.

Iran, however, has pursued these goals for decades, certainly since 1982. Iran fed Hizbullahs stockpiles of Iranian missiles not through a land corridor, but by flying them in cargo planes to Damascus and then shipping them by road the short distance to Lebanon. Until 2003, when the US removed Iraq as a barrier to Iranian land access to Syria, Tehran did fine without such corridors.

Since a bloodied Reagan administration withdrew from Lebanon, having entered to ensure Americas global credibility, successive US administrations have rejected rollback of Iran as infeasible. Israels forced withdrawal from Lebanon in May 2000 reflected the same calculation. Perhaps there was such a possibility in early 2011, when Syrian President Bashar al-Assad supposedly agreed to abandon Iran in return for the Golan Heights. The outbreak of civil war that spring eliminated the possibility of any such deal.

According to State Department testimony on 11 January 2018, President Trumps strategic judgment calls for an indeterminate US military presence in the crucial north and northeast of Syria. This continuous deployment is meant to achieve a number of objectives: to foster the political reconstitution of a Syria without the Assad family at the helm; to protect the largely Kurdish Syrian Democratic Forces, who fought so valiantly against the Islamic State (ISIS); to prevent the resurgence of ISIS; to facilitate humanitarian aid; and to ensure the diminishment of Irans malign activities in Syria.14 Members of the Senate Committee on Foreign Relations, who were the recipients of this strategic judgment, asked for clarification, given that there was no conceivable scenario in which Iran would not have a role in Syrias future. And if this were indeed the case, then the US presence would necessarily be permanent. Asked to clarify, the witness, a long-serving, customarily punctilious diplomat, initially refused to answer in open session; but his implication that the purpose of US troops in Syria was too secret to reveal didnt fly. Pressed further, he disclosed that the administration was deeply concerned with the activities of Iran, with the ability of Iran to enhance those activities through a greater ability to move materiel into Syria.

Yet this raises additional questions. Iranian land routes through Syria do not pass through the northern areas where US forces are now deployed. The so-called corridor transits southern Syria where the borders of Jordan, Iraq and Syria meet, or central and eastern Syria around the beleaguered city of Deir ez-Zor. The southern flashpoint includes the neighbourhood of al-Tanaf and Al-Bukamal, astride the Baghdad—Damascus highway.

The apparent confusion could signify that the administrations reliance on Iranian corridors as a predicate for a long-term presence in Syria is merely cover for another purpose, such as threatening the Assad regime with attack if, in the fullness of time, Assad doesnt depart. Or it could presage an impending adjustment of the US military presence to interdict the nettlesome corridors. Israels alleged 18 June airstrikes on Shia fighters on the Syria—Iraq border, reportedly killing 52, reinforced perceptions that momentum towards concerted military action along these lines was building. Or the ambiguity could mean that a coherent strategy was being formulated but was not quite ready for prime time. Or it might simply reflect real confusion. If so, the Trump administration would turn out looking like many of its predecessors for whom neither marriage nor murder was an acceptable resolution to the tensions entailed by the bilateral relationship. A couple of signs pointed to the latter possibility: the administrations eventual decision to conduct rather limited strikes in response to the Douma chemical attack and its reluctance to engage Iranian forces in eastern Syria. But the subsequent appointment of John Bolton as national security advisor and Mike Pompeo as secretary of state indicated a harder line. Furthermore, the Trump defence budget suggests that the administration is gearing up for a fight. The 2018 request would significantly increase the size of the navy, air force and ground forces.

Indeed, it would exceed the last great expansion of Americas force structure which began in the last year of the Carter administration and vastly increased in Reagans first term. Adjusted for inflation, the Trump budget matches Reagans cataract of cash for the Pentagon. The difference is that Reagan thought that a powerful military was the prerequisite for negotiation with Americas adversaries. For Trump, negotiations are valorised but avoided, precluded by unilateral action or undermined, as shown by the withdrawal from the Trans-Pacific Partnership, the Paris climate-change accord and now the JCPOA. A gigantic military seems therefore to be an end in itself. If the administration is genuinely determined to see the Baghdad—Damascus highway reopen under the control of the United States, a perpetual US occupation of a wasteland amid unreliable tribal coalitions is in the cards. As I have noted previously in this journal, for the Trump administration, this is where rollback begins. But, as in the Cold War, someone needs to be asking where it ends.

previousPopulism and Euroscepticism after the European Parliament Elections