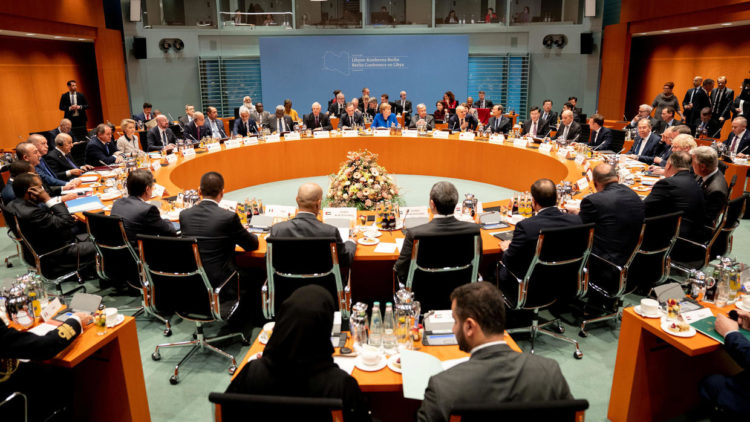 The world powers have met in Germany to discuss the situation and the peace keeping in the North African country, Libya. Representatives from the interim government met on Wednesday with the foreign ministers of France and Egypt, alongside the UN Secretary of State Antony Blinken.

Thea discussions were focused upon the election process that is due to be held this year in December. This is seen as the only foreseeable way to ensure the continuity of the stability that has settled in Libya, for the last 12 months.

The UN Secretary of State, declared that “we share the goal of a sovereign, stable, secure and unified Libya, free form foreign interference”. The recent declaration gives hope for a brighter future for the country, especially due to the lack of implication form the last US administration, which manifested low interest in the situation in Libya.

The participants have concluded that the foreign fighters are still present in the country, and the international actors that agreed with a withdrawal last time, have yet to fulfill their promise. Until the mercenaries will leave, Libya will not be able to determine its own fate. It is estimated that more that 20 000 foreign fighters are still present in the war thorn country, which is seen as a threat to the transition leading to the elections.

Although the mercenaries still roam Libya, the security situation has seen an improvement. Even though there were many international calls to withdraw foreign fighters backed by Russia, they are still present in the east side of the country. Regarding the fighters backed by Turkey, they argue that a bilateral accord was signed with the government, implying that they are not affected by a request for foreign fighters to leave Libya.

Specialists sustain that the withdrawal of the mercenaries needs to happen in a coordinated manner, so that there won`t be a sudden military imbalance that could be used by one side for a sudden offensive.

Experts concluded that a long-term peace in Libya is still a long way from happening, mentioning that the elections will not automatically ensure a foreclosure for the situation in Libya. This implies that even if the election process will be held, this does not mean that the situation will come to an end.